Games have the wonderful property of reaching us through emotions. It creates a unique and intimate connection with the content being viewed. It sounds simplistic, but well-made games are simply fun, to put it simply. The combination of these two factors ensures that games are not only entertaining, but also easier to understand and can increase the enjoyment in the process. The following points are particularly important when it comes to good game design in Steam titles.

The question about the Best free Games on Steam can be found very often and that is not surprising given the number of games on the platform. The selection is huge and just as you search a long time for the right movie or series on streaming portals, so it is with the games on Steam. What makes a game really special and successful has a lot to do with the game design, in addition to the story. We would like to take a closer look at the points that are really important and should be considered in game design.

Different characters in roleplaying games should also be defined separately. Only the visual appearance is not enough for a long gameplay experience. Different characters must also be equipped with different abilities. This makes the games more lively and realistic. For appropriate game progress, different tasks must then also be solved with different roles. It is then important that this character is already unlocked or selectable. If the game progress cannot be achieved otherwise, the game would end prematurely because a “wrong decision” was made from the developer’s point of view.

Interactive buttons and objects in the game

Whether role-playing games, open world or interactive quests. Progress depends on whether you can find your way around the game and find the clues needed to solve the problem at hand. Certainly, games can be made simple and complicated, but if no progress is apparent, then the game should actively provide assistance after a while. Objects that can be picked up and interactive characters must also be recognizable as such. Quality of a game is also characterized by the fact that in such cases help can be actively resorted to. 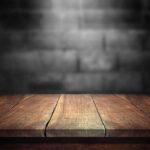 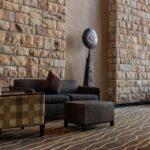